I read Lorna’s Sew Fresh Quilts blog and am constantly in awe of the patterns that she designs. I am amazed by creative people that can design something from nothing, that’s not me, I can follow a pattern, but not create one so to me, those that create are amazing! I had this wild hair idea to make the “littles” a bed pillow ( in addition to the traditional pillowcase) from one of Lorna’s patterns. After all, there’s cats, dogs, horses, cars, trucks… all favorites of one of the “littles”.

But, Sam loves trains and there were no trains. What to do…? Well, I did something I’ve never done before, and am still kind of shocked that I did it! I emailed Lorna and suggested that if she had a running list of ideas, I sure hoped there was a train on her list because I knew a little boy that would LOVE a train. Lorna graciously replied, said she would put it on her list, and I continued to get ready to Christmas. I realized that I was foolish trying to think I could make pillows for the kids, and decided to put that idea on the back burner. Well, 2 days later, I got another email from Lorna WITH A TRAIN PATTERN!!! I was so shocked, amazed, excited that of course all the good common sense went right out the window. I HAD to make that train.

I immediately stopped doing everything that I should be doing, and started on the train. I think I had to remake the wheels a couple times because I was so excited I thought I knew what I was doing and didn’t pay enough attention to the directions. And, then because I wanted it to be a pillow rather than a quilt I had to find a pillow that it would fit, but I am so happy with the way it turned out, Sam loves it, and now I have to make a pillow for the rest of the littles. I decided this wasn’t a Christmas present, but a “just because Nana loves you” present, that way as I finish the others I can give them to them for their enjoyment. Now I have to decide, kitties, cars, trucks…. what’s next. Oh, by the way, Lorna, I have a granddaughter that LOVES Spider-Man and another grandson who lives for planes/helicopters. 🙂 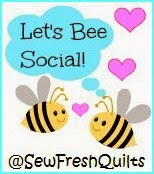 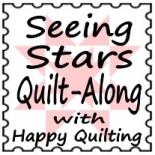